Wozniak captures second title of the season in Oklahoma

Aleksandra Wozniak lifted her second singles trophy of 2017 on Sunday at the $25,000 ITF Pro Circuit event in Stillwater, Oklahoma.

The 30-year-old defeated Czech Marie Bouzkova 7-5, 6-4 in the championship match after being down a break in the opening set. In fact, Wozniak showed resiliency all week, winning a three hour match in the quarter-finals over Conny Perrin and another three setter in the semifinals against Usue Arconada. 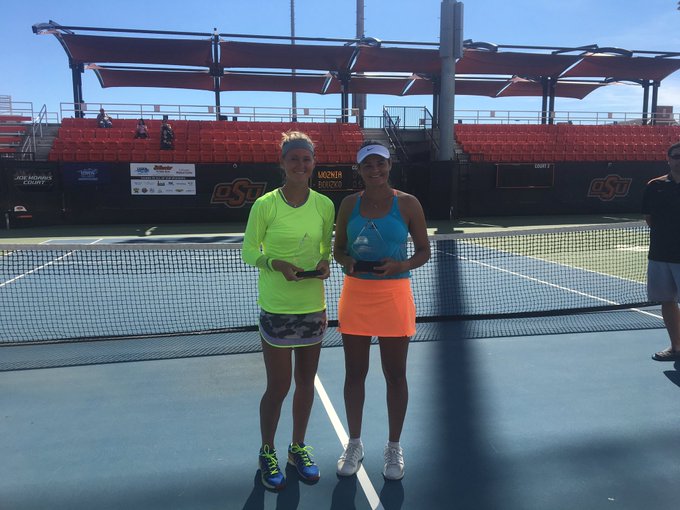 Wozniak was also crowned champion the $25,000 Gatineau National Bank Challenger this summer which was her first pro singles title since 2012. Sunday’s win is her twelfth career title and this will be the first season since 2006 in which she has won multiple titles.